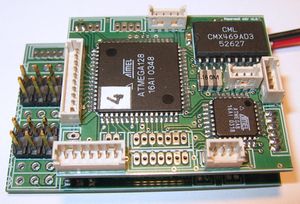 AVR-based Paparazzi 1.2.1 with 5V switching regulator and servo drivers on the lower board

Atmel AVR microcontrollers are low power 8 bit microcontrollers that were well equipped for handling early development code but as navigation and stability algorithyms became more advanced in 2006 the change was made to Phillips ARM7 processors for their superior processing power and I/O features.

Plans and BOM lists are still available on the CVS. As of December 2006, all current autopilot code is still backward compatible but some advanced functions such as real-time wind-corrected payload deployment calculations may overload the processor. 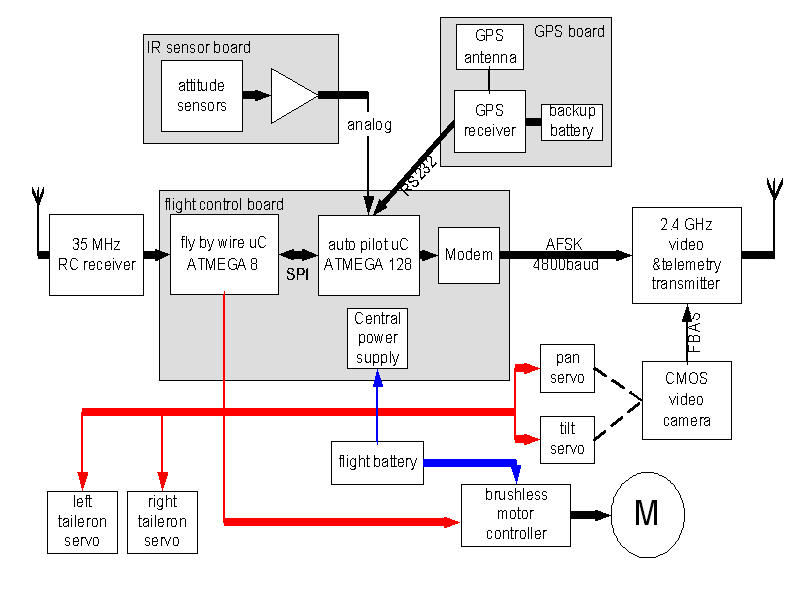 The Robostix is an expansion board from Gumstix. This board provides a cheap solution for those looking to get a plane in the air. Similar in design to the Paparazzi Lite, modifications were made to the airborne software in 2005 to support this board but airborne testing was never performed as the focus shifted to the new ARM7 hardware.

This board provides a very inexpensive (~$40 USD) solution. While slow compared to the newer ARM7, it is fully capable of handling the paparazzi code using IR sensors.