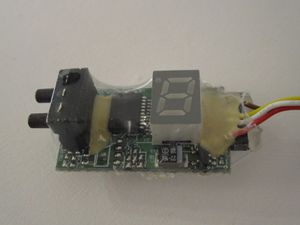 Usage as sensor for air speed measurement only