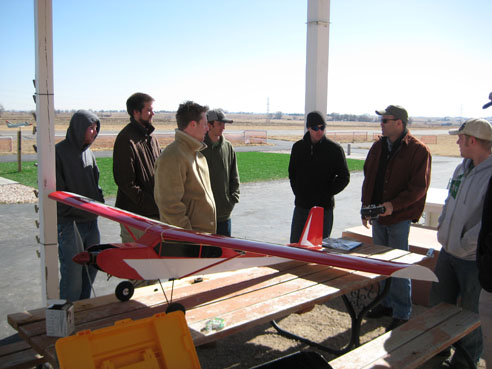 The long endurance unmanned aerial vehicle (UAV) has significant value as a low-cost, autonomous reconnaissance and remote sensing platform for research, commercial and military missions. Fuel cell powerplants are of interest in this application because of the potential to construct powerplants of high specific energy, low noise, low thermal signature, and improved environmental compatibility.

Because of these performance advantages, fuel cells have recently found their first aviation applications as powerplants for small-scale long-endurance and long-range UAVs.

The increasing interest in practical fuel cell powered UAVs motivated research into design methods for fuel cell powered aircraft. The purposes of the design studies are 1) to characterize the design tradeoffs and optimal configurations of aviation-specific fuel cell powerplants, 2) to compare the performance of fuel cell aircraft to conventional aircraft, and 3) to function as a preliminary design tool in a development process for a fuel cell UAV. 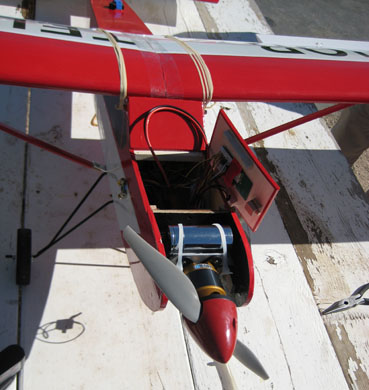 This aircraft was our first to be integrated with the Paparazzi Autopilot. It is now used as a test platform for new flight plans, equipment, and sensors. Recently we were able to repeatedly runway land this aircraft under autopilot control. Soon we will test autonomous take off. Current work includes the development of a direct IR replacement IMU to be used in other aircraft. 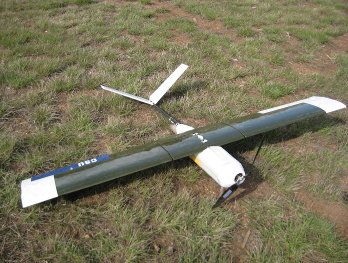 This aircraft was designed with the help of a Powertrain Design and Optimization Tool developed by Colorado State University to provide enough thrust for hand launchability and high efficiency cruise. Initial flight and hardware in the loop simulation suggest the aircraft is capable of greater than three hours endurance.

Current work on this aircraft includes building a better, stronger wing to handle the overspeed conditions experienced in test flights as well as a final long endurance flight.

After going to the RC field a few times we decided one project we would like to attempt is use an IMU to provide sensor input for a hovering fixed wing aircraft to accomplish vertical take-off and landing. Currently, the ARF has been assembled and tested. The next step is the development of the IMU for IR sensor replacement and a landing tripod attached to the aircraft. Once flight testing has been completed with the landing tripod, a Paparazzi autopilot will be installed.