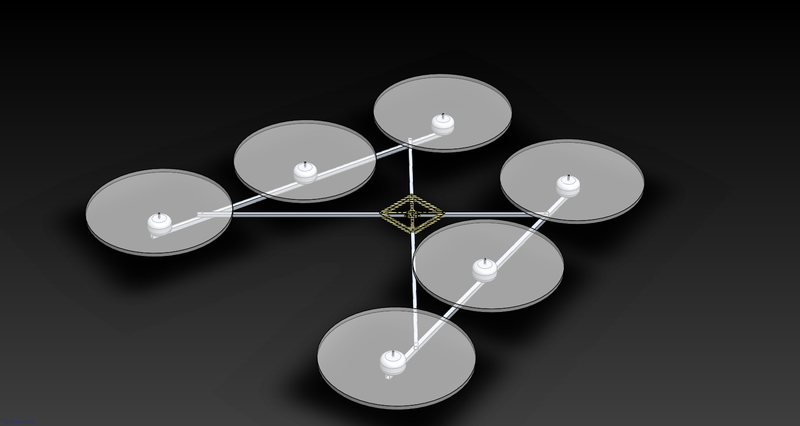 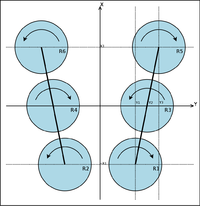 plane, and the third line the direction in which they spin. Note that in this example the X axis is vertical, and the Y coordinates are in the top row of

The sw/tools/motor_mixing.py script in paparazzi can be used to calculate and print configurations.

The above computation can be performed in a simple python script with numpy (or interactively using ipython). example RotorcraftMixing.ipynb in IPython notebook viewer

resulting in the output:

The above computation can be performed using the following simple octave script (sudo apt-get install octave3.2)