Realized on August 6, 2009, the flight path and some points of interest appears here (screenshot, it does not seem to be possible to include the Google Maps widget in this wiki): 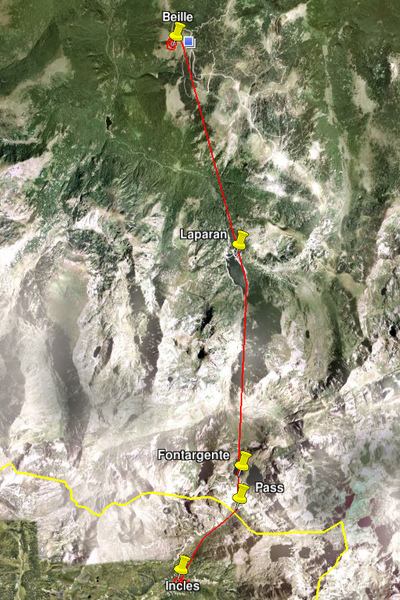 The .log and .data.bz2 files can be used to replay the flight in the Paparazzi GCS. They have been extracted (using the sw/logalizer/sd2log script) from a binary log stored on board, on a SD card. The telemetry was lost for few minutes, mainly because the aircraft was not in line of sight of the arrival GCS after the pass.

A 2.4Ghz XBee connected to the PA-13R antenna from wimo.com allowed us to follow the aircraft during the first 12km. We were on line of sight and even almost in "open" space since the aircraft was flying over a deep valley. <p> The take off took place on the "Plateau de Beille", 1800m: 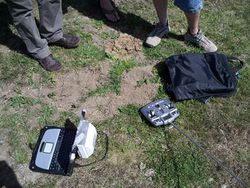 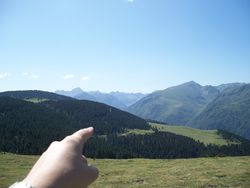 The aircraft, a Multiplex Funjet, was equipped with a Pentax Optio S7 digital camera and it took (well, at least it was supposed to do it) one shot every 5 seconds. The front of the aircraft in on the left side of the pictures. 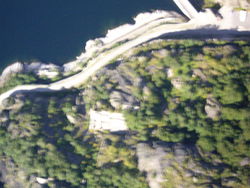 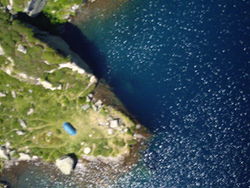 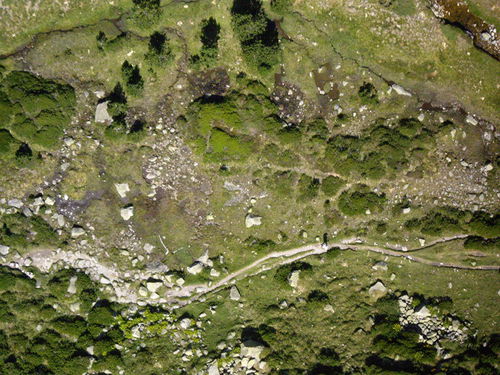 And the arrival ground station on a pretty and convenient support: 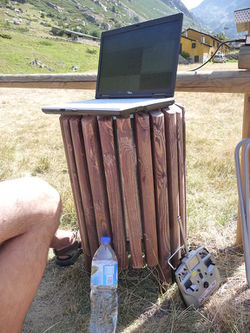 Wind was from the south, estimated at 2m/s during the first circles after take off while the airspeed was about 15m/s. An interesting pertubation occurred just before crossing the pass: at t=1045s, the aircraft climbed 50m higher than the setpoint (2350m); the throttle was then shut down (10%) and pitch was set down as well ... and the ground speed increased from 13m/s to 17m/s. The following plots display the event 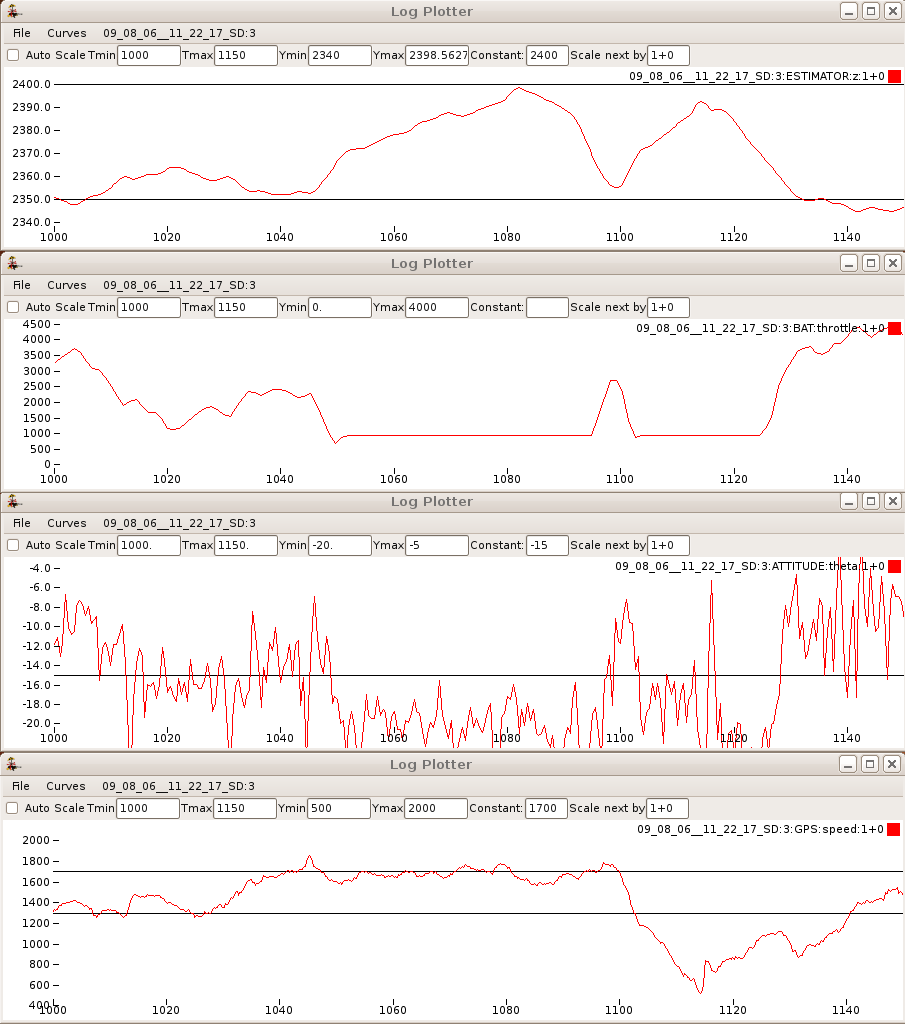