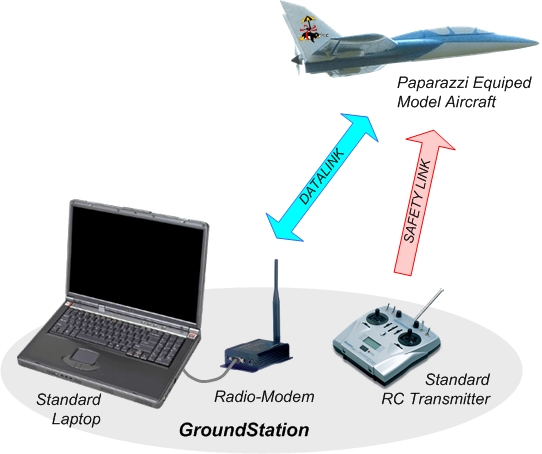 Here the aircarft and its radio link are replaced by the simulator. An optional gaia agent is also available to introduce some environmental parameters such as wind, infrared constrast, GPS quality, and time scale reference.

The Paparazzi airborne system is highly configurable and can be used to autonomously operate almost any airframe. It is currently in use on airframes ranging from 30cm to 1.4m, and 180g to several kg. In the early days of the project, slow and stable airframes such as the venerable Twinstar and Microjet were favored, but today the system is employed in a wide variety of high performance aircraft, many with little or no natural stability, and many designed specifically around the Paparazzi system. 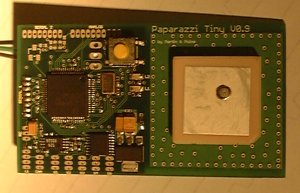 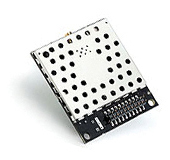 Linux itself can pose quite a challenge to install, configure, and learn. To help ease the transition for those not already running Linux, the LiveCD option is available to help get you started. The LiveCD allows the user to save all configuration files as well as any user-modified source code on a pen drive or as a compressed file on your hard drive without affecting your existing OS. We strongly urge new users to Contact someone from the Paparazzi team before beginning any hardware invenstment as we can help you get the most out of the system.