I am Szilard Fulop from Hungary, who is familiar with sw, linux, GNU and rc, but new on electronics.

I keep in the air some planes in the last one and half year, what was very interresting, but not enough :-) Now I want to expand my p-13 glider to be able to made photographs, videos and allow to made FPV flights assisted by autopilot controll and autonomus. This is a great 2,5m wingspan, 1.4kg weight electric glider, which is now under reconfiguration.

I You want to see my pages related to rc follow this link: http://silas.fornax.hu/album/flying

Q: what are this time the most problematic things over the EMI? just in sentences.
A: - everything
- the GPS is sensitive to the distance and orientation of the video and modem antennas
- and the IR sensors, gyros, and wires to these sensors are sensitve to the video/modem emissions
- and of course the R/C is affected also - mostly from the modem
- the video sends a continuous wave at a very high frequency, but the modem sends "blocks" of data, so even though it is operating at high frequency, it is "turning on/off" at a much lower frequency, frequencies similar to R/C or analog sensors

How to use your modem inside the developer board over USB cable?

First of all, the standard cp2103 driver in the kernel does not known the Aerocomm Developer Board. Therefore You need to patch the kernel module and use it, if You want to use it in well designed developer board to avoid EMI. 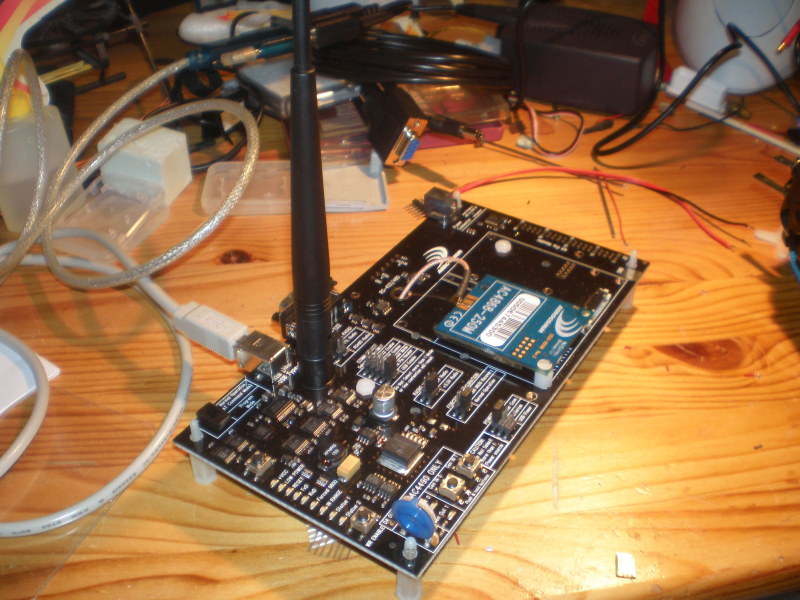 Then use this patch:

If You want to made it a bit more confortable, then made udev rules, like this 10-aerocomm.rules:

It makes You after You plug the usb cable into your laptop a new /dev/paparazzi/usb link to the corresponding ttyUSB. You can use it at link definition and you can finaly forget to watching every time, where did it mapped time-to-time the device :-)

Please contact me, if You are able to help to achieve this goals, or of course have any questions!