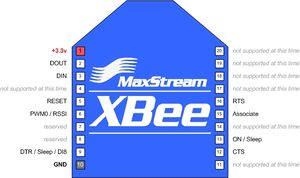 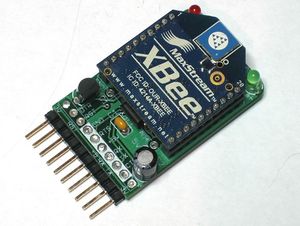 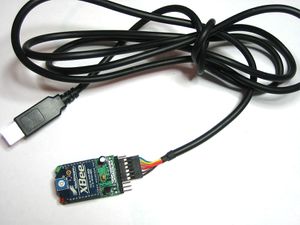 for direct connection to USB

To bring an apparently dead XBee Pro Series 2 back to life, do the following:

To allow modules to join any PAN set the PAN ID to zero (default setting). Then the coordinator will generate a random PAN ID and routers and end-devices will join the first PAN they find.

If you operate in an environment with multiple zigbee PANs it is recommended to set the PAN ID explicitly:

WARNING - THESE MODEMS HAVE A 10% DUTY CYCLE, AND CURRENTLY HAVE SEVERE ISSUES WITH PAPARAZZI

868MHz is a limited band. Please read the 868MHz Issues

Even with the xbee868.xml telemetry file, XBee868s will not last over 6 minutes. There is a special 868 build flag (in slayer1.xml), and matching option for the datalink but I could not get this to work. Eventually, I got them to work for about 20 minutes, which happily is the flight endurance of a heavily overloaded GWS Formosa.

I did this using a command window, but you could use X-CTU if you are a wuss or have Windows handy.

You may also want to drop the power level to 1mW for testing, or it won't actually work - they are just too damn powerful to talk to each other at a range of a couple of feet. I also used 1mW for flying - never lost the link, even after a mile. Didn't get round to range testing them though.

You probably want to do this to both XBees (at least I did). I personally had the baud rate at 57600 for legacy reasons, but it should work just as well at any other baud rate. Thanks to CheBuzz for this info, and for helping me work all this out at 11pm the night before EMAV09.

Maxstream has recently announced a promising new line of modems combining the small size and low cost of their popular Xbee line with the long range and 2.4 GHz video compatibility of their high end 900 MHz models. Sounds like the perfect modem for anyone who can use 900 MHz. Give them a try and post your results here!

Why would the European (868 MHz) be good to 24kbps and this only to 9600? When I was altering my XBees (2.4Ghz Pro's) I had this problem altering baud rates until I read you have to send a "commit and reboot" type command after setting the baud rate. Could this be the case? --GR

See folder paparazzi3 / trunk / sw / aerocomm. It has all the required files to use this modem on the airborne and ground station side. The link.ml file is a direct replacement of the "main" link.ml file of the ground sttaion and will be merged into it in the future.. or you can do it as well. 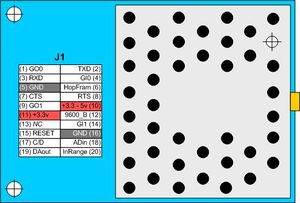 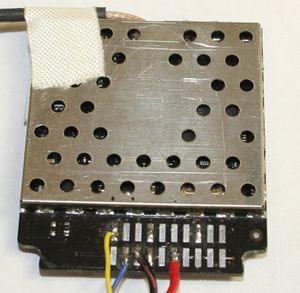 These Radiotronix modems are used in transparent mode. Use the WI232EUR Evaluation Software for configuring the modems for the set speed. Connect /CMD and CTS for programming. The DTS version for the US market might cause severe interference with GPS reception, it is not recommended. For a nice ground station modem just add a FTDI232 USB->serial cable, a 3.3V regulator with 100nF capacitors from supplies to ground, solder a SMA cable/connector and put it in a nice case. Make sure you only connect RTS to /CMD if you want to reprogram the modem with the Evaluation software (see the open jumper connection in the picture, green wire) and leave it floating otherwise as connected RTS/CTS sporadically leads to a reprogramming of the modem. The ANT-GXD105-FME/F from Roundsolutions was used as a ground station antenna at many competitions. Note that a 1/2 wave dipole antenna works best on-board as it doesn't require a ground-plane and has a reasonably omnidirectional radiation pattern. 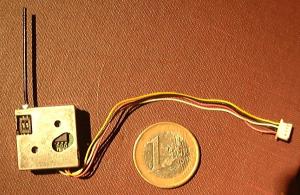 In order for the UAV to transmit video from an onboard camera, an analog video transmitter can be used. These vary in power, and thus range, and run normally on 2.4Ghz. Small UAVs can get about 600m of range from the 50mW version, and extended range can be achieved using units up to 1W. Weight for these units varies from a couple grams to about 30 for the 1W with shielding. Please check for your countries regulations on 2.4Ghz transmission, as each is different.

It is possible to use the audio channel to send simple telemetry data to the groundstation. Uploading telemetry not possible via analog audio transmitter only. 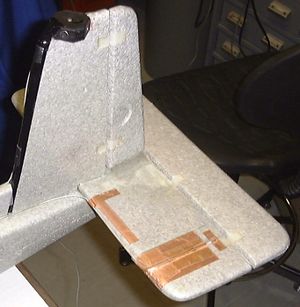 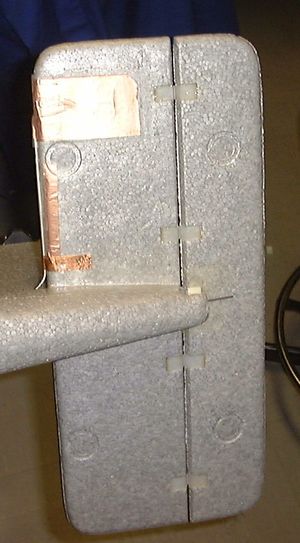 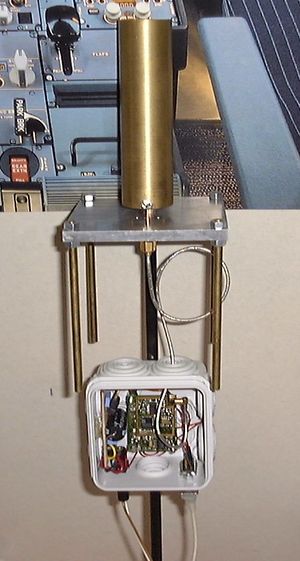