If the -norc option is ommited, a window for a virtual remote control (including on/off switch and a mode-switch) is started: 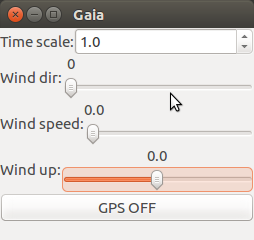