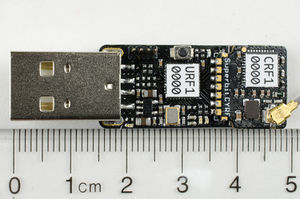 SuperbitRF is a project to design our own datalink/radio receiver. The ultimate goal is to get the receiver to work with our own datalink modem and also normal DSM2/DSMX transmitters. But the main focus is to get a very small datalink which will be integrated in the autopilot PCB. 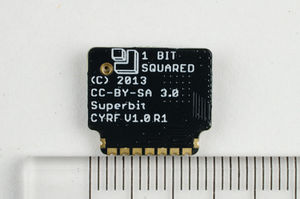 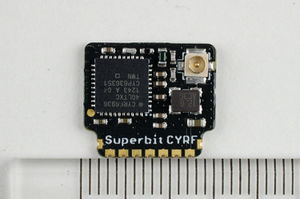 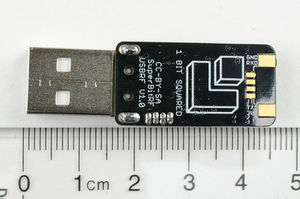 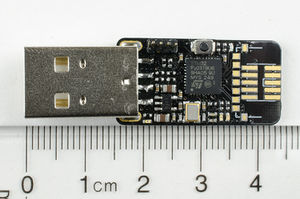 How does it work

The SuperbitRF usb modem uses the normal DSM2/DSMX protocl, which can be chosen inside the firmware. For more information on how the DSM2 and the DSMX protocol works, look at DSM.

The firmware for the SuperbitRF USB modem is open source and can be found at Github SuperbitRF Firmware. The source code of the datalink receiver inside the paparazzi autopilot isn't made yet but will come later.

The superbitRF firmware for the USB dongle consists of 3 different build targets: Transmitter, MITM(Man In The Middle) and the Receiver.

This was functionally in the beginning, but now probably doesn't work anymore. It doesn't have the normal DSM2/DSMX transmission part in it yet and only has the PPRZ uplink and downlink.

This parts receives the DSM2 and DSMX packets, but doesn't receive the data packets from the superbitRF dongle yet. It also doesn't parse the DSM2 and DSMX packets to normal PPRZ packets yet. This is mainly used for debugging a transmitter to see what the timing is and see if it is properly working. This is also the basis for the integrated CYRF6936 receiver inside paparazzi.