The map widget is able use many map formats and display them according to many projections. To make things simple, we start by using images from Google. From the toolbar in the top right corner of the GCS, click the Google Earth icon (Google maps fill). The program attempts to download the required satellite images from the Google servers. If it succeeds, you should now see the nice countryside of Muret (a city close to Toulouse, France). Navigation and other features of the map are described on the GCS page. 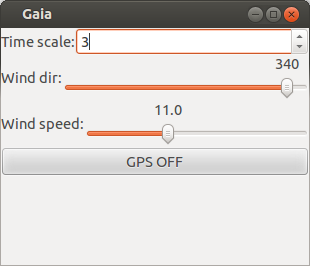 This make testing more convieniet since on can save a session with this parameters and on restart imidately have the same settings again.