Difference between revisions of "Pixhawk" 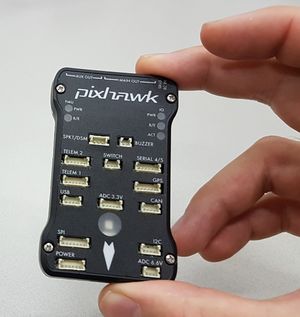 The Pixhawk is an open hardware autopilot that was originally developed by ETHZ in the PIXHAWK project. Paparazzi now supports the Pixhawk and the firmware can be uploaded through the orignal PX4 custom bootloader, which happens directly through the USB port of the Pixhawk. This means that it is possible to easily switch between the Paparazzi AP and other projects that support the Pixhawk hardware (i.e. PX4 and APM).

It is also possible to directly upload to the Pixhawk by means of the JTAG port, but this is not recommended as it involves soldering and permanently removes the PX4 bootloader (which means reverting to PX4 or APM firmware is complicated). Therefor, this wiki focuses on flashing through the PX4 bootloader.

An step-by-step example on flying Paparazzi with a Pixhawk can be found on the Iris page.

The Pixhawk consists of the PX4IO (designed around a stm32f1) and the PX4FMU (designed around a stm32f4), which are glued together in one pcb. Uploading of the autopilot (which runs only on the PX4FMU) happens directly from computer over USB to the PX4FMU, by means of the PX4 bootloader. In the original PX4 and APM Pixhawk software, the compiled PX4IO code (which runs the Fly By Wire) is embedded with the PX4FMU code, and the PX4FMU code would flash the PX4IO board at startup. But, in Paparazzi, the PX4IO is flashed from the computer --> USB -> PX4FMU --> internal UART --> PX4IO, directly from Paparazzi Center. This means PX4IO board can be flashed without changing the autopilot, and vice versa.

In short, the steps you'll need to run through are roughly the following: 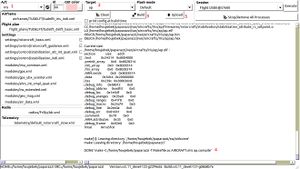 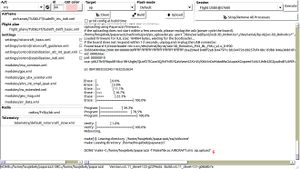 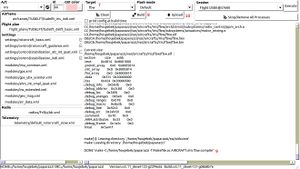 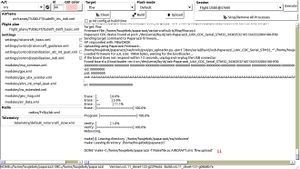 In order to flash the Pixhawk, both the AP (AutoPilot on the PX4FMU) and the FBW (Fly By Wire on the PX4IO) have to be flashed. Paparazzi uses the default PX4 bootloader to upload and flash the code in both systems, but the FBW is flashed through the AP. This means that at least for the first time, the AP has to be flashed with Paparazzi first. 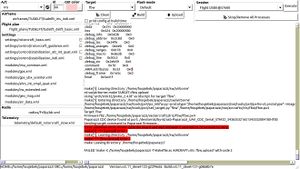 In order to fly a drone with the Pixhawk system in paparazzi, some Pixhawk specific configuration is required.

And at the FBW:

Configuration of the baud at 1500000 is strongly recommended, as this will remain backwards compatible with the PX4 code and bootloader. However, in Paparazzi the baud rate is slowed down to 230400 10s after start up, as the Pixhawk hardware actually does not seem to support flawless data transfers at those speeds. At least not in Paparazzi.

Which uses the l3gd20 gyro and the lsm303d accelero. The Pixhawk has two IMU's, so alternatively you can also use the MPU6000 IMU:

This enables uploading through the PX4 bootloading and activates the usb-serial device after startup.

The features that are currently supported by Paparazzi are the following:

The features that are not yet supported by Paparazzi are the following: