Difference between revisions of "POW"

POW means Paparazzi On the Web. This software package provides a web interface for Paparazzi users. The application allows to watch and pilot a drone on a web browser via Internet. Current realease is version 2.0.

The system is mainly based on Java technology. It is divided in 3 parts : one running on the ground station, and the others on a server machine. 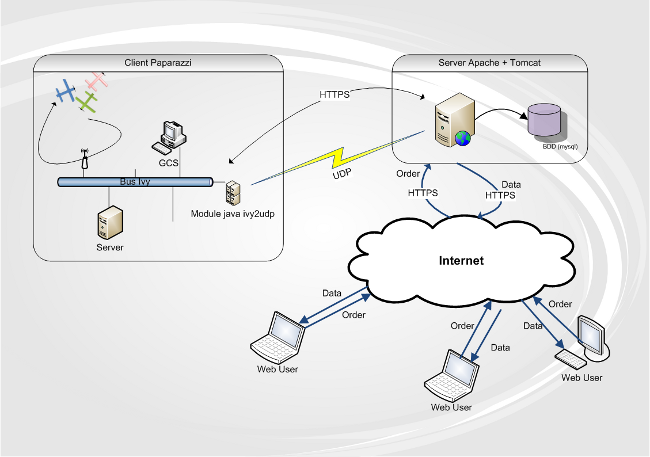 A web server does the link between Paparrazi drones and web users. Data coming from drones are just reformatted by the server and sent to the different web users. The interface that web users have on their browser is a simple html and Javascript page hosted by the server. There is also a mysql database running on the server. This database is used mainly for logging purposes. In a future version, the database will be used to replay a flight sequence.

Paparrazi drones are connected to the server via a software bus named ivy and a java application.This application listens to messages broadcasted on the Ivy bus and send them to a server via an udp channel. The udp channel is secured with an AES encryption. An web user connected to POW can be either an administrator, a authorized user or a visitor :

How to get POW source code ?

It is available on github : pow repo

Installation of the POW server

Link between Apache 2 and Tomcat 6

To link both servers, you have to setup a connector on the apache server named mod jk. It will redirect all the web request targeting our web site from the Apache server to the Tomcat server.

An other tutorial can be found here.

To enabling SSL features you have to follow 2 steps :

Configuring the web site for Apache

So that the web site was accessible via Apache, we now have to setup a virtualhost.

Now you have created a mysql user that can only access to the pow_sql database :

When you have installed all these stuffs, your server installation is now almost complete. The web interface is designed around a Google maps V2. In order to use it in your own website you have to ask a key to Google via http://code.google.com/intl/fr/apis/maps/signup.html. The key you will get has to be inserted in the Interface.jsp code that you will find in /var/lib/tomcat6/webapps/ServletPow/Interface.jsp.
<script src="http://maps.google.com/maps?file=api&v=2&sensor=false&key=ABQIAAAAZYVipVs4ERk_pG9XD17RUBRdUwZHIVFpQVMTarh_2qCLzSnEFBTiIKoSzrMnmbmHfo-XJ2g7sM1QUg" type="text/javascript">
Now it's really finished !
Three accounts have been created:

To configure the application with your own parameter you can edit the configuration file (/var/lib/tomcat6/webapps/ServletPow/conf/pow_conf.xml)

Now to validate your installation , restart both Tomcat and Apache.
You should now access to the web site via https://yourmachine/ServletPow and have the following page on your browser. 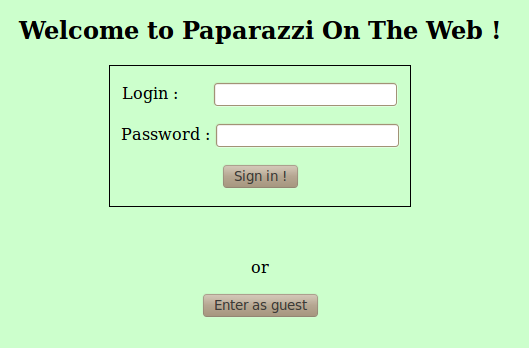 Be sure that udp ports (8535 and 8536 by default) are reachable from the internet, otherwise the Paparazzi client will not be able to send data to the server.

Installation On each Paparrazi system to connect to Internet

You need to have Paparazzi installed. That won’t be detailed here, I think you can find the instructions by yourself on this site. To Install the java programm which connects Paparazzi to the server, there are two steps to follow : 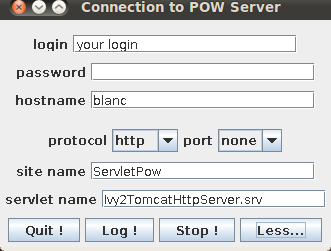 The following fields have to be completed:

The folowing fields are visible only if you press the More button and should normally not be changed. 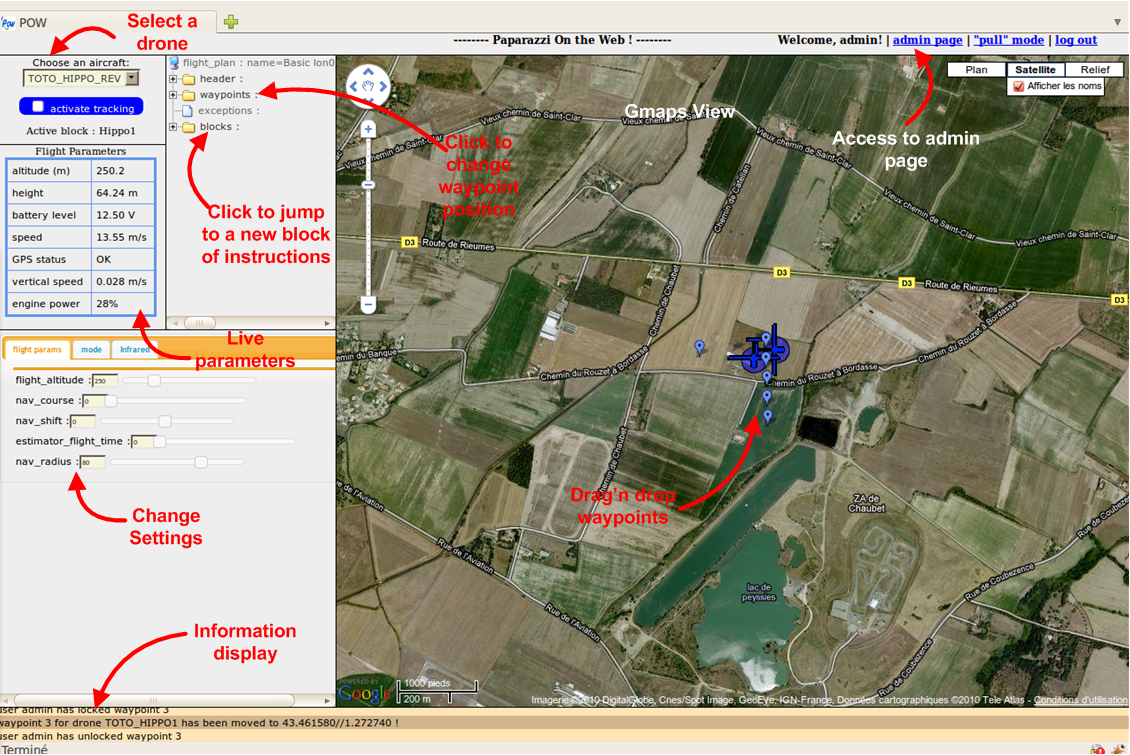 Some clues about how that it works