Difference between revisions of "MultiUAV"

WARNING: the functionalities described in this section are experimental and have never been fully tested. Use with care ! 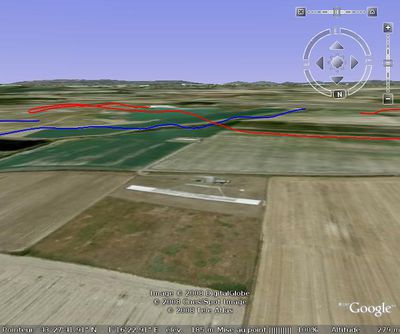 The TCAS (Traffic Collision Avoidance System) is used on civil aircraft to reduce the incidence of mid-air collisions. The principle is to monitor the airspace around the aircraft, warn the pilot and provide conflict resolution indication. For the Paparazzi system, a light version of a TCAS-inspired system has been implemented. It can send warning to the ground station and if nothing is done, it takes control of the vertical loop in order to have a minimum vertical separation. This TCAS monitors all the aircrafts based on the traffic information send by the Server and it resolve conflicts only with one aircraft at a time.

When the system detects a possible collision, the TCAS logic follows the rules:

The control of the TCAS will be active until the conflict is solved, no longer exist or a timeout occurs.

The traffic_info service must be activated with the TCAS:

The TCAS system is operational only in AUTO2 and in altitude mode. The system is inhibited under the security height.