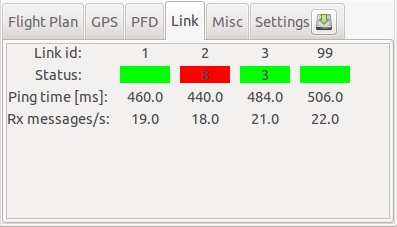 Reasons to Use Redundant Links

There are undoubtedly many more possibilities.

This project was made to be fully backwards compatible and support the awesome functionality that Paparazzi already has. This includes:

Enabling redundant communication from the aircraft to the ground enables the following features:

Several different improvements can be made to this system to improve it's performance and help satisfy future needs that may arise:

For an example using two USB-serial adaptors, see the Flight USB-serial Redundant session saved in the example control_panel.xml configuration (on master branch, once the pull request has been accepted).

For the details, keep reading: In order to implement redundant links using this code, there are three simple steps to follow:

The following screenshot shows a session with two links, connected to serial ports ttyUSB0 and ttyUSB1, and with id's 1 and 2:

The Agents Running in a Redundant Link Setup

Once the redundant link system is started (even if only one Link is used), several changes appear in the GCS. This is achieved by the new message LINK_STATUS which is sent by the Link Combiner. These new features are designed to allow closer monitoring and better management of the link(s) between the aircraft and the ground station. 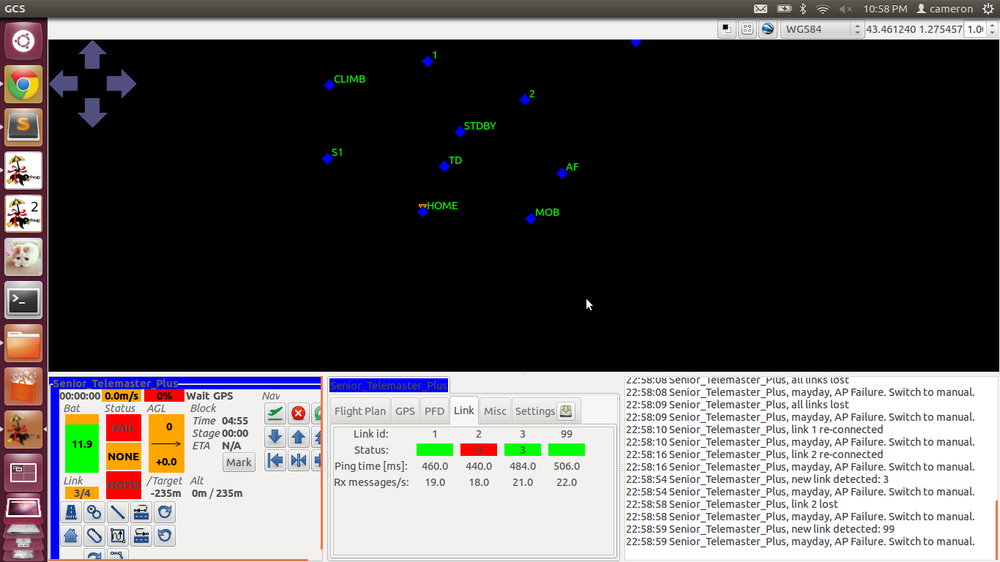 Screenshot of the GCS with multiple links

Firstly, we can see that there is a new page in the notebook named Link. This page contains critical information for each link. More information can easily be added, but for now, it shows the status of the link (just like the main Link status indicator in the strip), the current ping time, and the rate of received messages. So if one link is lost, it's status indicator will turn red and start counting up just like link 2 in the above screenshot.

Lastly, alerts have been added to the console. Whenever a link is lost or reconnected, a message will appear in the console stating so. Messages also appear when a new link is added.

Here's a block diagram showing how the aircraft talks to the various ground segment programs (also known as agents) when not using the redundant link system: 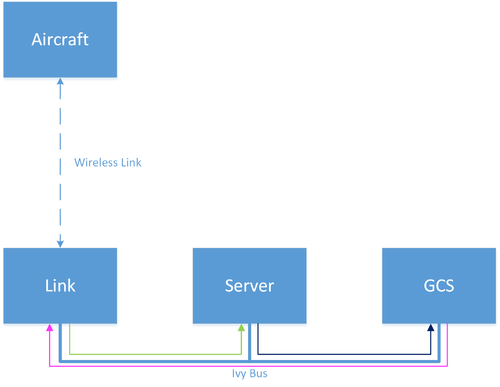 The ivy bus lets the programs talk to each other through the use of short messages. Pay close attention to the coloured arrows, which show the main flow of these messages. Next we have a block diagram of the redundant link system:

The Link Combiner agent is written in Python. It receives messages from all of the Links (when they're in redundant mode: -redlink), and outputs messages to the Server and other ground segment agents. There is a bit involved however since the Server and GCS shouldn't be sent identical messages. I.e. if the aircraft sends a message and it's received successfully by more than one link, then that particular message should only sent by Link Combiner once. This is a somewhat tricky requirement since there is no guarantee that the message will be received by all of the links, and it's possible that the aircraft actually sends a second message that's exactly the same as the first. No extra info (such as a time-stamp or counter) is added to the messages sent from the aircraft to the ground, so the Link Combiner employs an algorithm to detect duplicate messages. Testing has shown that for typical links, this algorithm performs extremely well. 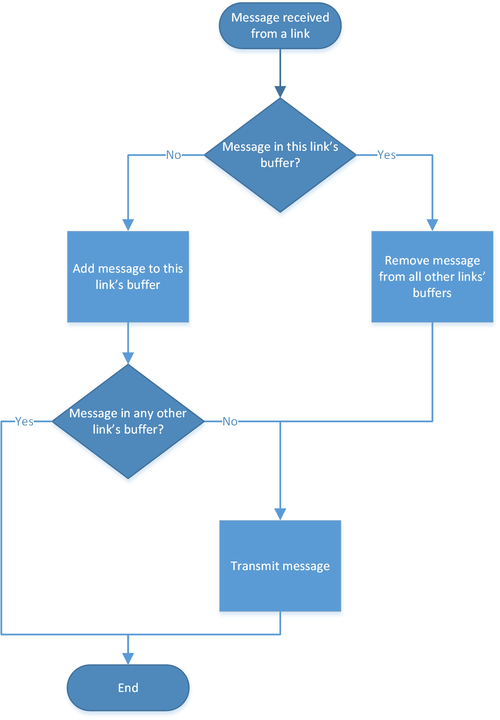 As the aircraft sends various messages, possibly with the exact same data, and the links gain and lose connection, there is no guarantee that this algorithm will do a perfect job of filtering out identical and only identical messages. However, in typical operation, it seems to work very well. And for the application of displaying aircraft data, the occasional missing or duplicate message is acceptable. There are only a few scenarios where the Link Combiner won't produce perfect results, and they should come up infrequently:

This part of the redundant communication system hasn't been implemented yet. All information here is what it is envisioned to look like.

Communication in the autopilot is enabled with the ground by including the telemetry subsystem in the airframe file. For example:

In addition, future hardware designs could includes more UART ports for redundant communications or any other purpose.

Unlike the aircraft to ground communication, for ground to aircraft communication it is not acceptable to have the same message be acted on twice. This could cause the aircraft to behave unexpectedly. In order to implement a 100% guaranteed link combiner for the aircraft, the author proposes a system that adds a counter to each message sent to the aircraft. This would allow the autopilot to easily ignore identical messages - they'll have the same value for the counter. Also, since minimal data is sent from the ground to the aircraft, adding the extra bytes to the payload will have a minimal impact on performance - this is not the case for the telemetry.

The challenging part of this design will be integrating it properly into the existing systems.