JTAG interface is designed for on-chip debugging, which means it can program and debug chips that do not have a bootloader. There are multiple Paparazzi-compatible devices available that support JTAG.

On the other side of the board there is 4 pin UART/COM connector, which contains: Ground (black), TX (yellow), RX (orange) and +5V (red)

Full info about the Black Magic Probe is available at the Black Sphere Technology website.

To use Black Magic Probe instead of FLOSS-JTAG or Luftboot, append the following string to the upload command:

Esden's reasons to use Black Magic Probe Mini instead of FLOSS-JTAG:

use ftdi prog to change the Description String into: FLOSS-JTAG 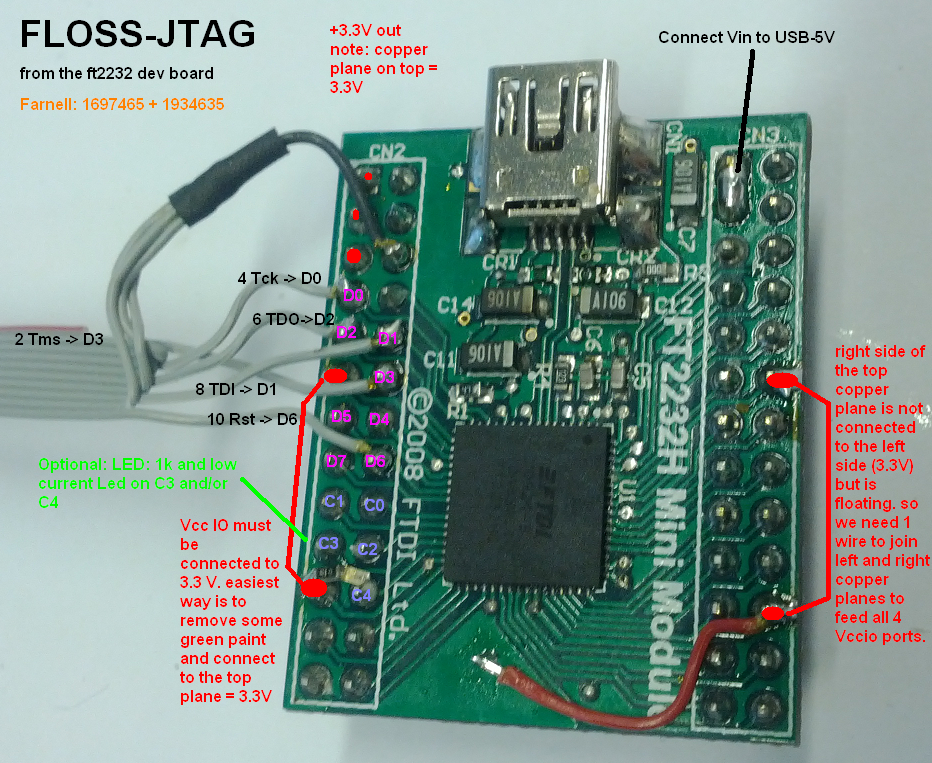